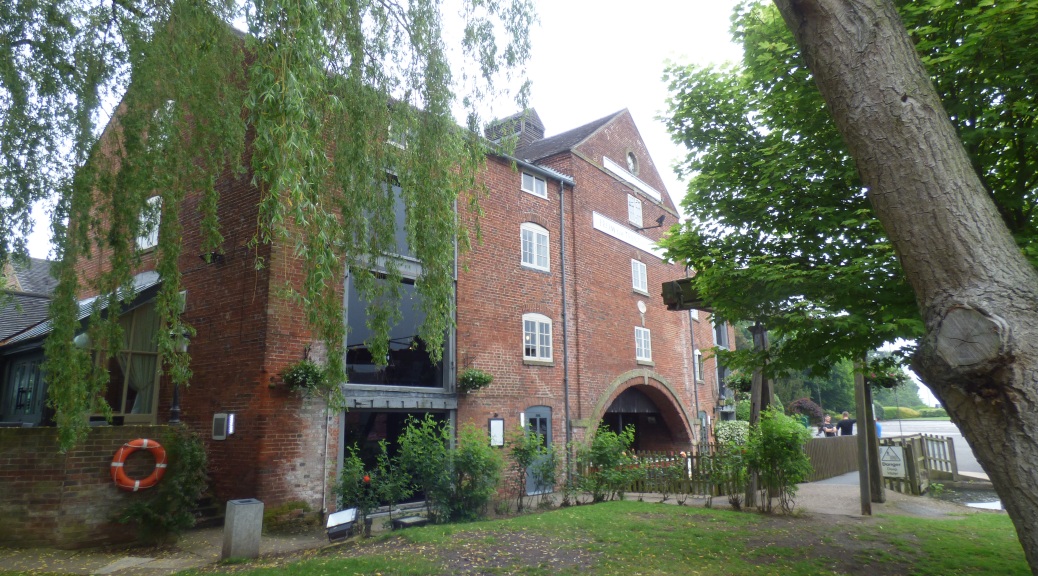 First thing this morning we boated up to Fradley Junction and dropped down Junction Lock  to moor on the 48 hour moorings but our planned breakfast rendezvous with Russell, Louiza & family came to naught as Russ was feeling poorly and called in sick, while Louiza was chasing one of their dogs who had done a runner, not a good morning for either of them.

At 10:00 am we left and at 11:15 we stopped at Alrewas for lunch and walked down to the village Co-op to do some shopping, then we continued for another four hours covering 8 miles and another 6 locks to moor at Horninglow to try to effect another rendezvous tomorrow with another couple of boaters.

At about lunchtime nb Twizzle arrived with Quentin & Sue whom we haven’t seen for a couple of years and we spent the afternoon chatting and drinking tea.

Later we walked [yes, walked!] down to Burton upon Trent town and visited The Manzil Indian restaurant where we had an excellent meal with ‘bring your own’ alcohol from Aldi, just around the corner, they even called us a taxi to take us back to our boats at Horninglow.

Today’s plan was to visit The National Brewery Centre for which we got a great deal on Groupon.  [£25 for a brewery tour and three beer tasting vouchers for four (48% off)]

There was a guided tour available at 11am so we ordered another taxi but after the second bus came along we decided to hop on and it took us ‘all around the houses’ so we arrived somewhat late. We needn’t have worried though as no-one had arrived for the 11 am tour so the guide  offered to give us our own personal tour. We were joined by another group after a while and we had a great time ending, of course in the bar to sample the products as 3  x ⅓  pint vouchers were included in the price.

In the afternoon and evening we had ourselves a barbecue with Quentin & Sue and more chat and catching up.

Today we said goodbye to our friends about 10:30 and headed off in opposite directions promising to meet up again soon. 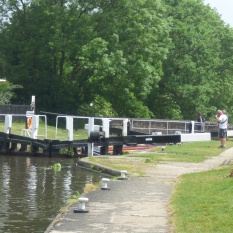 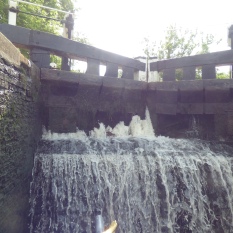 We had a long day’s boating covering 15 miles and 5 of those wide locks, we shared the first one, met boats at the second, but did the rest on our own. Tomorrow’s forecast was rainy so we wanted to get as far as possible and despite all the odds were able to tie up on The Clock Warehouse’s mooring for the night.

The only disappointment was that they only supplied 2 pats of butter for 6 slices of bread & toast and didn’t seem to know what a non-dairy spread was, still no problem for us as I just fetched some from the boat.

We had a good night’s sleep there,  grateful  for a safe and convenient berth.