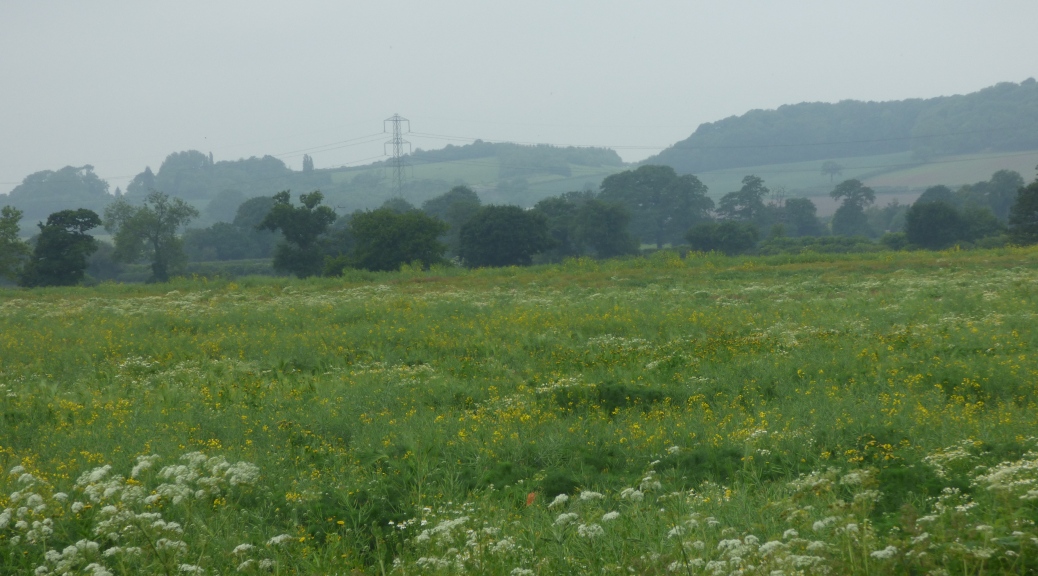 Today was wet, wet, wet,  so we watched a couple of old Michael Caine films this afternoon [Funeral in Berlin & Million Dollar Brain] neither of which we had seen before.

We heard from Paul & Rosemary today who had had a few problems of their own on the BCNS Explorer Cruise, the photos explain it all.

The view down the weed hatch

RCR to the rescue

This was the problem

Being moored opposite the former C&RT offices meant we were almost opposite  our friends  Peter & Chris’ apartment which overlooks the empty mooring basin.
A phone call to them got the answering machine, but this evening they called us back having been away at their caravan and despite just having got in, they invited us round for a very enjoyable Chinese takeaway from Wongs.

Today we caught the 110 bus into Tamworth and met up with Linda & Cookie from our moorings, we were going to do this yesterday but the weather put paid to our plans.

Our bus and theirs arrived within 5 minutes of each other, Cookie was well miffed as he found that his bus pass had run out and he had to pay! We went into town where the market was on and then had lunch at The Bole Bridge  a Wetherspoons establishment, which despite being really busy served up a very acceptable meal.

Mid afternoon we said our goodbyes and caught our return buses.

Peter & Chris offered to take us to church today so we surprised a few of our friends there who thought they wouldn’t be seeing us again so soon.
A lazy afternoon was accompanied with rain and rumbles of thunder.

We pushed across to the water point this morning and Peter & Chris came to see us off the premises by 10:30.

Just a few minutes into our journey we met a couple we first met back in April 2015 and hadn’t seen for ages,they are now selling bedding plants from their boat.

A little further on the Lichfield Transmitter Mast came into view which can be seen for miles around, the ‘notch’ in the treeline in the header photo is where the A5 cuts through.
A flock of geese were making free with the farmer’s young cereal crop, bet he’ll be pleased.

We stopped for a late breakfast at 12:45 just short of Huddlesford Junction next to a field of curious cows, then pressed on to arrive at Fradley Visitor moorings at half past three at the same time as a fibreglass cruiser and there was room for us both on the last length of piling.

After a bit we walked up to the junction and visited the Kingfisher Canalside Cafe where our friend Russell works, being a Bank Holiday they were incredibly busy in the kitchen so we have arranged to meet up with him and his family for breakfast tomorrow.