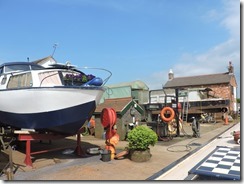 A less eventful day today as we left the Coventry canal and headed for the Trent and Mersey. Well.. We were missing an essential, Joy didn’t have a Pearson’s Guide book for the area, we tried to purchase one at the first Marina we came to, but the access gate from the towpath was locked, so we called at Streethay Wharf (an old fashioned boatyard with some boats having serious welding work done on them) but they had every guide but that one,  however we topped up with diesel at 69p/litre.

A little further along we saw a large pump extracting water from the canal and (presumably) irrigating a crop a couple of fields away. 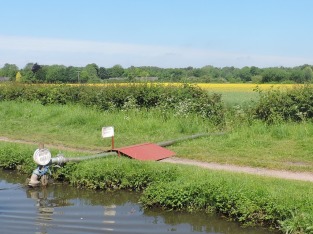 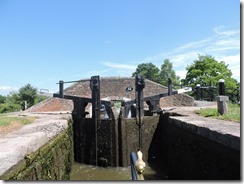 At Fradley Junction we did the usual chores of topping up with water & disposing of rubbish before turning left and immediately up the two locks assisted by a cheerful volunteer lock keeper at each.

One more lock today, Woodend Lock and it was sandwiches on  the move for lunch, through Ravenshaw Woods where there were masses of Rhododendrons. 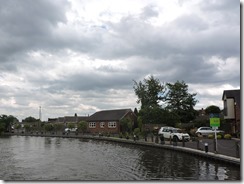 We had intended to make for Rugeley, but as we came into Handsacre the skies began to darken so after passing the famous Armitage Shanks works, producing fine sanitaryware since 1817, don’t y’know?, 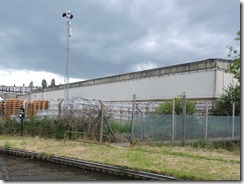 we came across The Plum Pudding with moorings for patrons, interestingly this is an Italian Pub/Restaurant, so it was decided; stop and sample the new Piattini Menu! (Italian Tapas)

We were made very welcome by Giuseppe and his staff and enjoyed sampling six different dishes between us for just £10.95 per person. Food just like ‘nonna’ or grandmother used to make!

It’s quite odd being moored on an embankment looking down on the road and pub below, I’ll try to take some photos tomorrow.

One thought on “Plum Pudding for Tea?”