The first leg of our cruise this morning was short, to Springwood Haven for milk, a Pearson’s Guide and a few bits of chandlery. The last time we passed this way Valley Cruises were based here. Hartshill Wharf onetime major BW centre looked dowdy and neglected. 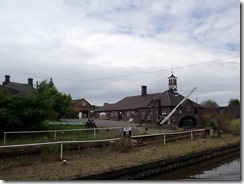 It was an uneventful cruise to Atherstone, where we stopped before the locks and walked up to the town for some shopping, Atherstone is quite an ‘old fashioned’ town with many independent businesses having escaped, as one boater remarked, the destruction of the 60s but as Aldi has its UK headquarters here they do have a store in the town.

At our first lock we met a motley ‘Last of the Summer Wine-esque’ crew who clearly spend their summer days hereabouts, who were chatty and helpful.

We met boats at most locks which helped our progress, at lock 5 the volunteer lockie was just going off duty, but a group of lads were hanging about and a couple of them were amusing themselves by jumping, yes jumping across the lock. Never-the-less they were no bother and helped lock us through. 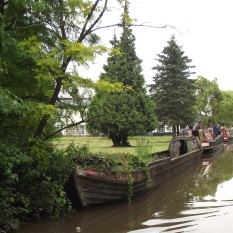 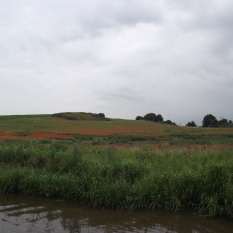 We finished the flight in about 2¼ hours and motored on to squeeze onto the end of Polesworth Visitor moorings.

One thought on “Summer Cruise Day 7”