As reported in our last posting we have been down to Banbury for a little while, we had arranged to have our grandchildren during their half-term holiday but due to a communication failure with our son we thought their half-term was a week earlier than it actually was!  So our plans to take them to the fair came to nought.

All was not lost though as I had promised to fit a solar panel on our friend Adrian’s boat and I was able to bring that job forward by a week which suited us both.

Whilst in the town centre we, at last, managed to visit The General Foods Club which is situated opposite the Castle Quay Shopping Centre and alongside the Banbury Museum and Oxford Canal and offers hospitality to visiting boaters with reasonably priced beer and a friendly welcome.

The grandchildren joined us last Thursday and enjoyed doing playing games and doing crafts with Grandma and fun in the park when weather permitted.

Maffi arrived in Banbury on Friday and joined us for a meal, he has a new profile picture on his blog, it’s a wonder the kids weren’t traumatised!

On Saturday we boated back to Cropredy with the children really helping with the locks, they’re getting quite proficient at it. Maffi hitched a lift with us to meet Bones, who was coming back south, at Slat Mill Lock.

Our plans were all out of kilter this week as we thought we might take the kids to the Fireworks at Cropredy, but we had the date wrong for that too!

Not content with that, when we took the children back home on Sunday the sat-nav was telling us we would be there an hour early, how could that be? You’re ahead of us aren’t you… Yes, we forgot to change the clocks! So the planned lunch on the way back turned into brunch at Tesco. The kids, bless them, didn’t complain once about their loopy grandparents.

For the last few weeks we have been trying The Hairy Dieter’s Diet and can heartily recommend it both for taste and effectiveness.  We have had a few lapses, occasioned by Joy’s birthday weekend and visits to friends, but despite that we have both lost about a stone so far. So buy the book or visit the website if you want to do the same, I take comfort in the fact that Si and Dave were still heavier after their diet than I was before. [/end of smug comment]
Tonight’s dinner was their Spicy Bean and Vegetable Stew, delicious! 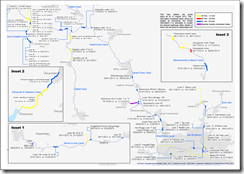 We are now back at Broadmoor Lock for a week before we head up to Fenny Compton before Claydon Locks are closed for six weeks for maintenance as part of CaRT’s Winter Stoppage Programme, then we will be effectively be trapped between there and Napton Locks which are also having work done on them, just as well we like it there!

Passing through Cropredy last weekend we met some blog-readers, on nb Duckslanding, who asked if we were still blogging. As I explained, I only blog when I think I have something vaguely interesting to write about, but it did make me realise that it been a month, so here goes.

Whilst spending some time in the Cropredy area we were encouraged to join some fellow-boaters at The Brasenose’s Sunday quiz, this turned out to be a fun evening with some ‘robust’ banter between the teams. Naturally we didn’t win the quiz, the meat raffle or Find the Joker, but it was good to feel part of the local community!

We’re now hoping to find some sloes to try to make Sloe Vodka, if we succeed maybe we can wean a certain person off of Vokda, Blackcurrant and Coke… It must be a Welsh peculiarity!

I had wee drama at work last week, I was ‘crafting’ a new part for a Mini accelerator pedal, which was going quite well until I speared my hand with a screwdriver. I bled quite spectacularly and ended up spending hours waiting in A & E but was deemed to need no more than a stick on dressing, an anti-tetanus jab and a follow-up visit to the GP. My GP was off ill (he really should stay away from all those sick people!) and his colleague prescribed antibiotics big enough for a horse. The damage seems to be healing alright and ironically when I got home, I found an old ball joint off the end of the boat throttle cable which fitted the Mini perfectly.

After my A & E adventures we took the boat down the two locks to Cropredy to fill up with water and had intended to moor there until the weekend and then continue to Banbury. This was not to be however, as there was not a mooring to be had, so we retraced our route to Broadmoor Lock arriving back in the dark. Does that make us ‘proper’ boaters now?

Making our planned trip down to Banbury on Saturday we met our good friend Bones coming the other way and whilst we were arranging to swap our cars between Banbury and Cropredy Catty took advantage of our inattention and escaped into the hedge, watched keenly by Boots, Bones’s dog. See photos here.

Ah yes, all the Fun of the Fair; the Michaelmas Fair is in town in Banbury, it’s a ‘chartered’ street fair held each year in the centre of Banbury co-incidentally the same week as Salisbury Fair which I enjoyed as a child.